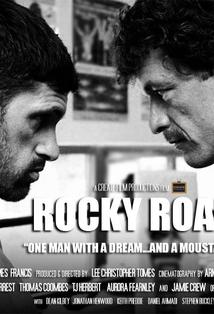 
The film centers around Sidney Taylor, a working class guy (with a moustcahe) in his early 40s. Divorced and re-married Sidney gets word that his astranged teenage son Paul is making waves as young boxer and may get a shot at the London 2012 Olympics. Inspired by his son’s ahcievments and his faded ambitions, he gets back into the gym and trains in order to have one last fight and prove he always had what it took.

We follow Sidneys journey up until the bell rings as he builds new relationships with his son and encounters a host of quirky chracters at his local gym. We talk to his friends and family about how this all came about and why he HAS to fight.