The Bromley Boys (2016) back to projects 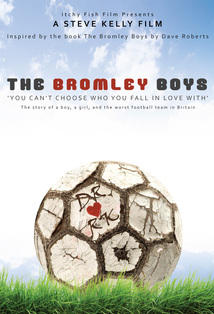 
The Bromley Boys is a funny yet touching coming of age football memoir played out to the sights and sounds of late 60’s/early 70s Britain. Adapted from the hilarious novel The Bromley Boys by Dave Roberts, it recounts the  author’s highs and the lows supporting  his beloved Bromley FC through their worst ever season.  Bumping along at the bottom of the bottom non-league division, and effectively the worst football team in Britain, Bromley had reached breaking point. Desperate for a change of fortune,  and deluded by his own over active imagination, Dave hatches a plan that will  not only see  Bromley grabbing the headlines on Match of the Day, but also have a number of top flight clubs descending upon Hayes Lane to scout Bromley’s dubiously overrated centre forward. Throw into the mix the Bromley Chairman’s daughter Ruby King – who actually hates football – and you have a recipe for disaster which has Dave’s football fandom tested to the core. The film could be best described as Billy Elliot meets The Full Monty.